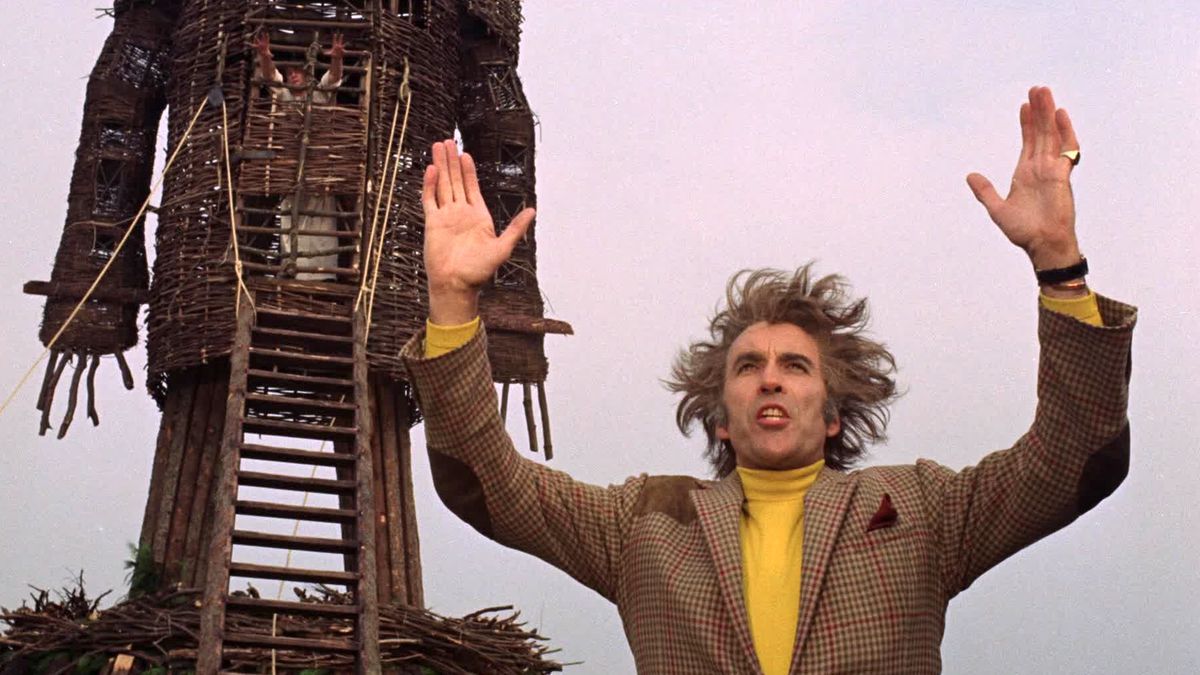 update 1/30/22: WICKERGADDI IS NOW AVAILABLE FOR YOUR ENJOYMENT ON THE INTERNET ARCHIVE!

the most well known version of the wicker man is 94 minutes, which will be the one i use. there are multiple cuts of the wicker man, that all amount to different lengths. this will only be changed if there's a fault in the movie itself.
i'll exclude the bonus track and magic window from the total album runtime. this makes it 64 minutes.

- the line "a beautiful place" matching up with a good piece of scenery.
- the track opening of the mouth syncing up with a gathering of people
- the devil is in the details with some creepy shit
- beware the friendly stranger with sex party OR naked women frolicking

there are a LOT of factors.

another consideration point is people have and found no problem with geogaddi in reverse before. some bits that are more important to the connection between the films are backmasked dialogue samples. an example being a line, "round the, round the, couldron" which i thought of basing a sync point on before i remembered it's reversed.
one of my main considerations is that i'd like the album to end before the end ritual, so the may day song is heard as the wicker man burns. if the bonus track is included, then it'll play out during the credits. which means the album would start quite late in the movie, if it's 27 minutes, then it would be at a moment when sgt howie is in the girl's classroom telling them he's there to investigate the dissapearance of rowan morrison.
the downside to leaving the bonus track is that the ritual would start off with music running through it, and there would only be a ~2 minute break.
the conclusion i've come to is to start the album at 11 minutes and 44 seconds, so the album ends before the ritual. this experiment has not yet been conducted and i'll come back with the results and whether or not i find them to be satisfactory.