well. we finished 10g! only one more to go, but now we get to work on jellyland again.
today was alright, i actually went to a cafe and did some bts stuff for this page. i'm probably gonna change the homepage tomorrow.
i talked to my future roommate... their taste really sucks. like, a lot. idkhow but they found me, hamilton, thomas sanders, jacksepticeye... i don't wanna get into it, but i'm already picking out songs to scare them away with.
now i'm probably gonna piss, fix my sheets, and grind out the pr and subtitles for 10g... bye

today's the day we have to work on 7g. i had my coffee and croissant, now i'm gonna load whatever footage i can use into the file and pad it until it gets to 10 minutes. it's 7 minutes right now, which is longer than any 7g episode, but i want it to be 10 still. i still need spencer running, and then we can end it. i love spencer, i think he really underestimates himself.
i also want to go to the gamer cafe with my dad for lunch, i think it would be nice, but because it's a saturday it might be packed, which would also suck. i think he thinks we're gonna do breakfast though which sucks because i just ate breakfast and i should've told him before, but before was when he was asleep and i was high. i pet wisteria. she was very cute. today i'm gonna work on my movies section and start my nowhere shrine. and i should try out the clamshell we picked up yesterday. and i need to shower later. i think i need more shirts, i'm only comfortable in one shirt i own and it has a slogan about cum on it. so i should work on that. ok? alright, bye

i had an annoying time doing the stuff i had to do, but it's over now and my mouth is freezerburnt.
me and susan and eric watch egi, so i worked on a robby rackleff tribute page. nothing actually helpful for the site, like learning how to make my index look the same on any screen size and not weird on all of them except mine. just robby.
ahead of time i promised we don't get to work on the new site project until we finish the next 7g. what i really need rn is for spencer to record himself walking (i also want everyone to take photos of themselvers for my friends page, but whatever).
my sleep schedule is so sensitive. i can't really finish this because i zoned out. goodnight

this is my first entry... probably gonna be a week or so old by the time the site's done.
today's a friday, which means nothing in particular. except i'm gonna have to wait until 7:30 to eat dinner (pizza which may or may not be good).
my boss said i should come today at 12 (it's 11:53 right now), but she texted me earlier and said she's going to the pool so now i don't know what to do. i also have to see my dad. we're gonna go drop off the g3 to get it diagnosed and get a quote on upgrading it (i wanna turn it into a sleeper), and after that we're gonna pick up his clamshell from storage so i can use that as a prop for movie video show. 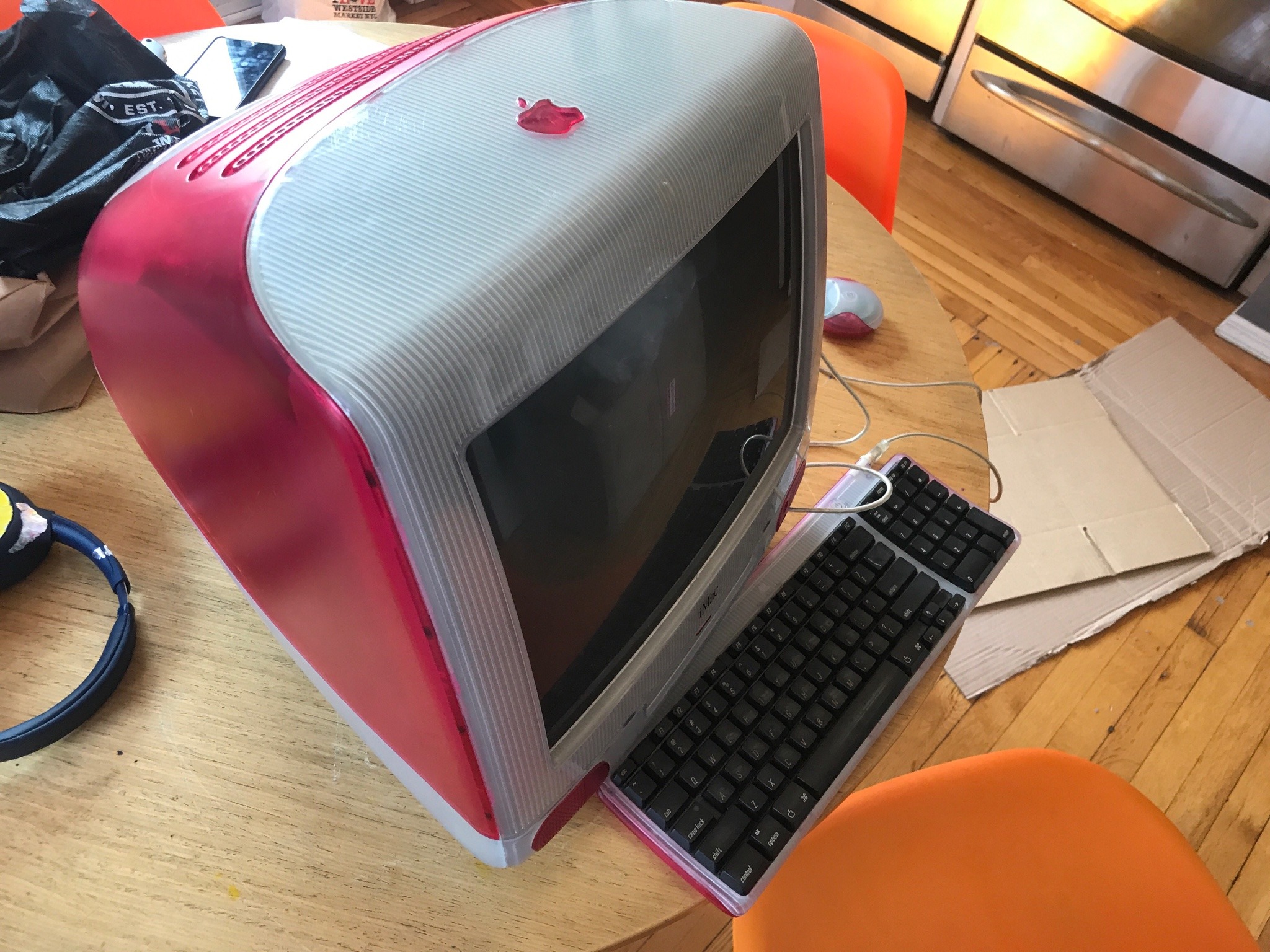 also gonna probably call everyone later and do some more work on jellyland. april isn't even awake yet, but i finished a page. i don't like it that much but it's a good start to chaotic coding.
ok, so now i have to like... format this whole page. maybe later i can get a thing of brownie ice cream and get stoned. if my boss was normal i'd have to leave in like 6 minutes but she is not so i'm gonna finish up this page. bye